In any spare moments I get here, I am reading The Rainbow.

D H Lawrence, on the last reading, which was when I was in high school was heavy, gloomy and ludicrous. But now…..he is not. I think that he is brave; he did not write for accolades, he is  intimate; he writes with microscopic and tender detail and he is also solitary in his regard for life.

A small boy brought a book to his father and held it up. He said: ‘ …dad, I bet you did NOT see this….’ And he was tremendously delighted because he was right; his dad had not seen that book.

Outside the shop, an old lady sharply rebuked her husband for trying to cross the road with the books they had just purchased. She said she did not want the books messed up if he got hit by a car.

A young woman spent a long time amongst the self-help books today and she seemed weary. I know that these books wear out very quickly. I felt sad for her and would have liked to offer Carson McCullers or Anais Nin or D H Lawrence but that would be presumptuous.

John came in while he was waiting for his bus and told me about the biography of Abraham Lincoln that he is still reading. He told me that Abraham Lincoln’s father said he would never amount to anything; he didn’t do any physical work on the farm. ‘Oh the details in my book are incredible but imagine that – Abraham Lincoln’s own father told him that he would amount to NOTHING.’

Then he told me about  Aleksandr Solzhenitsyn, One Day in the Life of Ivan Denisovich……..’Ivan S won the Nobel Prize for this book. And he was not allowed to have the prize, the utter bastards. That’s the kind of book that gets to me, that’s the exact stuff that gets to me, with oomph, not this other unessential stuff. Also I like For the Term of his Natural Life…’

‘And what about that Boris Johnson – that’s a funny name for an Englishman, do you think his mum was Russian or something? He was Winston Churchill’s grandson.’

John told me before he left that They were going to take his heavy vehicle license away from him; it’s all insurance or something, the utter bastards. The rigmarole…. you see I don’t have a computer and now I want to get away from it all and, so, wait for it: I’m riding my bike to Murray Bridge and catching the train to Melbourne. Then I’ll ride to the ferry and go to Devonport and register myself with the police there and ride my bike again for six weeks around Tasmania. I hope it’s cold. I hope I don’t get eaten by a Tasmanian tiger or something like that that doesn’t exist.

John is 72 and is not wearing out although he feels that the government is. But I cannot say exactly why he is so enduring. He, Robert and many other customers I meet here have a profound interest in the details of something that seems to transcend their daily lives. And although they recognise their passions in literature and reading, it is in each day of their ordinary lives that they loom up, large and colourful and not wearing out.

“In our village, folks say God crumbles up the old moon into stars.”

Aleksandr Solzhenitsyn, One Day in the Life of Ivan Denisovich

Ricky wants to read all about Caesar and so is looking for the entire Masters of Rome series by Colleen McCulloch, which are apparently ‘powerful books’. But now, damn it, she has to get her windscreen wipers fixed and some rogue mechanic in Mt Barker has told her $1200 thanks. But even though she is nearly 80, she won’t be paying THAT. It’s no wonder she needs Caesar to come home to. Then she ordered a copy of The Life and Times of Cicero: Rome’s Greatest Politician.

I keep having to learn not to assume that I know why and what people read. Nor am I capable of assessing what they can read.

A young man and his son (in soccer boots) came in after the game to find some books by Enid Blyton. He wanted The Magic Wishing Tree and the Gang on the Island. He just loved those books and wanted them for his son. I suggested some changes to his titles but he only wanted those exact books. He also told me that Enid Blyton was a man and if I googled it, I would soon found out that Enid Blyton was definitely a bloke.

A lady looking for The Little Gray Rabbit for the grandchildren said that she has to do all the leg work in the family to make sure that the children actually read something decent.

I am reading, in between times, Lilian’s Story by Kate Grenville which has me flabbergasted. I feel as though I must meet this Lilian but I don’t know if she is real or not. Last week I did not feel good about myself, but this week, thanks to Lilian Singer, I do. This book, Lilian’s Story does not entertain. It is about how we are and it is devastating if we don’t want to know about it.

Tina asked for a copy of Stravinsky’s Lunch and I was pleased with her choice even though I did not have a copy.

Robert came so see if Merlin through the Ages had arrived, which it hadn’t. He is still excited with Robert Graves.

Steve came to browse but said I have nothing good. I suggested he branch out but he feels that the only good book is a western.

A young woman said that she is buying a copy of every book she had as a child, starting with Frog and Toad are Friends.

A man bought a copy of Billy by Noel Robertson, a story of a young boy with autism spectrum disorder. The customer told me that it is never too late to learn about something that is worrying.

Leah bought a book illustrated by Brian Wildsmith and was ecstatic. And then, at the end of the day, Margaret said (when she picked up her copy of One bear Lost for her grandson) that it is so great that we can read…anything we want, whenever we want. And that we should not become casual and forget to do it. I said that I had never thought of it like that. 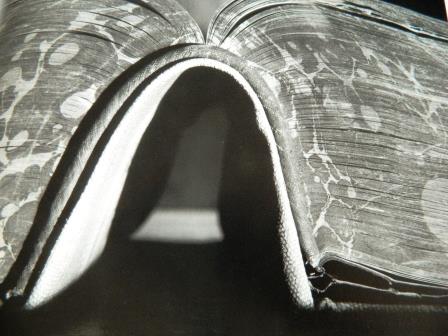 A small girl came to the shop today and told me that her mum has a Paddington Bear with a red coat and did I have Charlotte’s Web? And did I know about the BFG? I did, but I didn’t know as much as she did.

Yvonne came to show me the mother’s day card she has bought for her daughter-in-law. She said that mother’s day and all that… well, her daughter-in-law had a 9 pound baby and so it’s her first mother’s day coming up and she’s run ragged already but that’s how it is, isn’t it for the mothers! She told me that she was no good at birthing herself but that she’s feeling right proud at the moment! And so will buy that book about Judi Dench, Dame Judi Dench, as she is also an inspiring woman.

As she left she said: “I myself can do this: I can play the Appalachian dulcimer and there’s not many that can!  And I’m teaching my neighbour how to play it too, he’s 87 and doesn’t know one note from another but he’s getting the hang of it.”

Brian came to find a copy of the biography of Len Beadell and said that we need the rain…that it’s not as if there is any extra water coming down the river.

This afternoon, a customer told me that the forecast for the next few days is unreliable… that the weather will do as it pleases.

I have only sold 3 books today so far: Charlotte’s Web, Far From the Madding Crowd and Catcher in the Rye…impressive choices.

A man came in to browse. He told me how he sent away an enquiry to a military museum but never got a reply….he couldn’t understand why he never got any reply…his father in law had been quite a presence in the army after all. He said: well, then I found out it was a major that I’d addressed my questions to. If it had been a lance corporal I bet I would have got a reply. I sent a donation and a picture of my father in law too, but heard nothing back at all. But I’m still hoping.

Robert is looking for Myths and Legends of the Norsemen. He said that the further back you go, the bigger the stories get. And if we don’t read well, we don’t know what is real and what is sham. Then he left to go and pay the power bill before his supply was cut off.

…. what it is to store up a whole lot of details and then come upon something real….’

Carson McCullers: The Heart is a Lonely Hunter