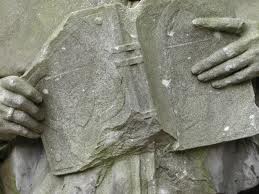 Yesterday morning a young woman put her head in the door to speak to me. It was raining hard and she said that as she was soaking wet, she couldn’t come in – and she really was soaked through. She said that she was really enjoying Angela’s Ashes. She looked at me anxiously and I wondered why this was. Then I remembered that I had said to her when she purchased the book: I hope you enjoy this book, let me know what you think.

And she did. She came back through the winter morning to tell me that she did.

Then a man came in and stood by the heater in obvious enjoyment. He said that when he dies he will have his ashes scattered in a book shop. His girlfriend looked at me and then said to him that nobody would want his ashes.

I am still reading Dorothy Parker and I carry it around. I think that if she could write how it was then I can be who I am.

A lady brought some children’s picture books to the counter and said: these are me, these are my life and they make me feel happy. I don’t have any grandchildren yet, maybe I never will but I am going to collect these books for myself anyway as they are about who I am.

A group of people all came in together and one man said to me: you have there Zen for Cats….well, I have a friend whose name is Zen!!!!!

He leaned in toward me, bright with delight: And my name is Brian, so there you go! He waved his arm at some nearby shelves and said: not too bad at all. His wife tried to edge him out but he was still too happy with his observations to leave yet.

A lady asked me what I thought of The Water Babies. She said she might go for a smoke and then come back and grab a copy. She said that this here (my shop) was a peaceful little cubby hole.

Outside, the dog lover’s club had gathered outside the bakery and laid out a carpet of rugs and blankets. The cyclist group stood nearby, famished and eating silently. Margaret came in and commented that it is hard the walk the streets these days.

Tina and her family came in for more Enid Blytons but the children picked a large craft book instead. Tina told me that they would scribble out all of the witch and magic activities and her mother said, alarmed, that scribbling in books was also bad. Tina was outraged and answered that she had always told them to block out the bad things. I watched the mother herd her family out of the shop to go home and consider this New Problem.

Three adult daughters brought their mother in to help her choose some books but when they came into the shop they realised that she was not with them. They brought her back again and she pushed magnificently past them all to introduce herself. She chose a small and superb collection of books and left again while her daughters were still muddling in amongst true crime.

A young man bought Romulus My Father. He was dressed for work, a suit and tie and briefcase and he was silent. When I considered the title he said suddenly that the film of this book had affected him profoundly. When he went out he left his wallet on the counter and I had to call out to him in the street where he was reading as he walked away.

A small boy bought Monster Blood Tattoo (volume one) because the dragon on the front looked like his dragon he had at home. I was impressed. I saw his parents look quickly at me to see if I might be impressed. The child was unconcerned with what I thought because he had his book and a dragon at home.