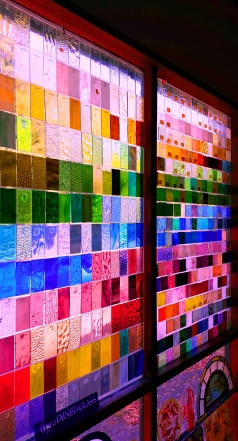 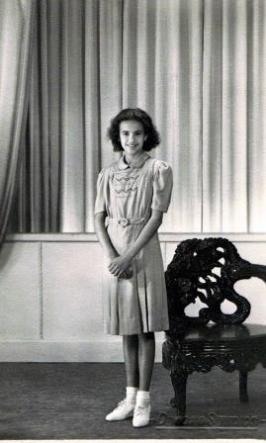 I think that my grandson, Max, has super powers, but my mum says that this is nonsense. When she dropped into the shop yesterday I said that Max has survived his first hot summer, and she said that this is nonsense. That when she was born in Broken Hill her mum had to put the cot outside in the summer because the corrugated iron house was hotter inside than out. Her mother hung wet nappies around the edges of the cot so that the hot wind blew cool. Her mum always put the cot under the pepper trees. She said the dining room table bowed in the heat of those roasting dark little iron rooms.

I said I would like to put that story on Facebook and she said that Facebook is nonsense; who on earth would want to read about her.

When my mum was 14 years old she made her own dress at school and wore it for a photograph sitting. I have that photograph, and it is one of my favourite things. They were very poor and she only ever had one photograph taken. She said her dress was pretty good, probably the best one made, and her mum had told her that this was nonsense.

Max, my grandson loves colour. He leans toward colours and frowns. His head wobbles  when he catches the purple of my glass necklace. He leans in panting and dribbling, wanting that slab of cool glass in his mouth. But we have coloured glass slabs around the front door, too. These are wine red, mint green, champagne, butter yellow and icy pink. In the fading evening light they change character and jump. Max stares into the hot colours and is silent and noisy; breathing and ingesting colour. Soon the red becomes purple and the greens turn to blue. The yellow turns to cider. The pink fades to clear, cool water.  He stares for minute after minute at the thick glass, dripping with evening colours.

Then later, my daughter says that he won’t go to sleep, and I say that this is nonsense.

1 thought on “This is nonsense.”