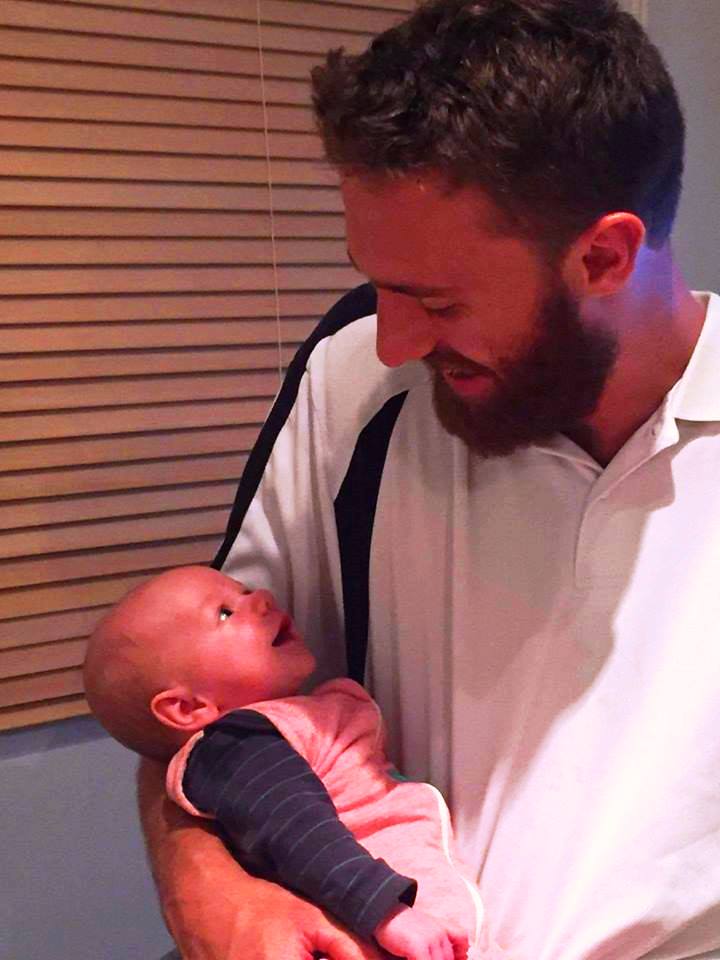 Yvonne continues to look in the door of the shop most mornings and ask me how the babies are. I tell her they are growing and happy. She always says: Well that’s the thing isn’t it!

When Morgan looks at his infant son, his son looks at him and they exchange evidence that each now lives for the other. Noah’s face is too small to hold in all the joy. And that’s the thing.

Outside the shop there is a father securing a sheepdog in the back of the ute. The son, about 8, stands patiently by. He asks his dad if he can get an icecream and a hero disk. His dad says: yep, soon as I tie in Baily. The son balances on the edge of the gutter and puts one finger on Baily’s nose to help and his dad says: well done. The child smiles. And that’s the thing.

Once a boy told me that he was 10 years old and going to read Brisingr. He asked his dad if he could get him Brisingr and his dad said yes. Then the child made a good joke: he said – can you get me a dragon? And his dad said: maybe… and the child laughed darkly to himself.

And that’s the thing.

Joe visited two days ago to pick up his Charmian Clift book and said that he has had a win. That he kept his every book he ever had on making furniture, but nobody wanted them. So he asked his son if HIS son, an apprentice cabinet maker might like them, and his son said: he won’t want them, just chuck them dad.

But Joe called his grandson himself and the boy said: I’ll be down on Saturday, Grandpa, keep them for me. Joe said: I’ve had a win haven’t I! And that’s the thing!

Dale’s dad told him that he should read history as it occurs. Dale said that he just wanted to read Skulduggery, all 10 of them in the right order. His dad argued for the reading of history (as it occurs) but they left with 5 Skulduggery books and no history and Dale was very happy. He carried all the books himself. And that’s the thing.

Small things are always the things.