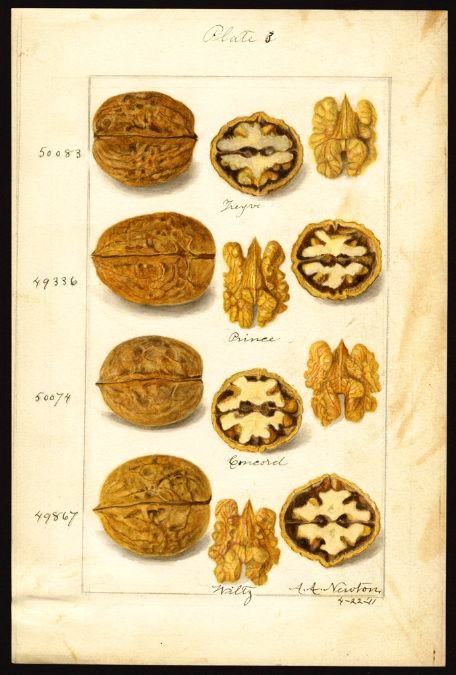 I arrived early and stood in the beautiful morning. The man on the door, a shepherd of sorts, waved and gestured us through, slowly, slowly, just a few at a time. You know, because of everything. He apologised as if it was all his fault. As this is a small town, he knew many people. He said, Sorry Sharon, there’s no toilet paper’. She said, ‘Don’t need any, just getting some milk and shit.’

We stood about and looked at each other. Everyone stood apart.   There was no queue. The man waved an old lady through. The sun shone down.

I stood there in the beautiful morning. The door opened and closed. The security guard was looking at his phone.

A man came up and tried to go in. The man on the door said, ‘Get back mate.’

The man said, ‘Jesus just need some bread and that’.

The man said that all this is bullshit.

The man said, ‘Jesus, I’ll just finish me smoke around here then.’

The doors opened and closed. The man at the door, said, ‘Ok, ok, in you go.’ He looked at his phone.

I went in and looked for walnuts. That was all I wanted. 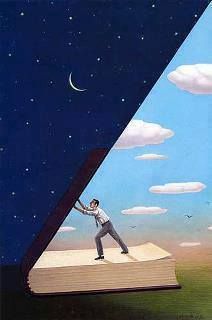 I remember Dion. He was one of my first customers. This was back when hardly anyone came in. Dion came in, and said, ‘Wow! This is great!’ Then he asked me how I was. I did not know back then that he would ask me this for the next five years. I also didn’t know that he wasn’t ok himself.

The first book he asked for was Twilight. He had seen the film, and thought it was the greatest film ever. He bought the book from me.

Still he visited, weekly, fortnightly, then monthly. I have not seen him for a long time now.

I remember when he gave up smoking. He asked me for a book on sharks. I showed him one and he bought it. Said it was fantastic. His hands were shaking.

Once he said that I would not want what he had. He never went into details about his health, or lack of it. He always asked after mine. No matter what.

Once he came in, full of head pain, and said, ‘Kerry, you’re gunna love this joke.’

Once he came in on a rainy day to say hello, and make sure that the shop was ok. I said that all is going well, and he said: except the weather.

The last time I saw him, he said, ‘Don’t worry about me, Kerry.’

I haven’t seen him since.

Before I had a bookshop, the idea of having one lit up the back fence like some kind of unwanted answer from the past.

I remember looking at empty shops. When I found one, I thought, well! I never expected any kind of commercial success, but I did hope to survive. What the shop was to look like was paramount. It had to look like Diagon Alley –  because this was what I liked. Thus, the shop was based on what I wanted, what I liked, what I thought was good. A good selfish start.

Once a child said, “This is like Diagon Alley’, and sealed the happiest day of my first year.

I was surrounded by thousands of oblongs, each one containing an unexpected rich fuse. I felt so wealthy that I had to lie down and cradle my head.

It was not possible to explain such an abandonment of logic.  I remember experiencing it early in life; after reading Tubby and the Lantern. This was because Tubby and Ah Mee had a bunk bed.

In Little House on the Prairie, there was snow.

In Sam and the Firefly, there were lights, gold gems stinging an emerald blue sky.

In Whispering in the Wind, Crooked Mick could sit on a horse and drink two cups of tea while it bucked.

Later, Helen Garner, John Steinbeck, Dal Sijie…. uncovering the diabolical ache of life without solutions. So much. So little time.

Then, repeated visits to Jeff’s Books to learn how to do it:

What do I do when…

Finally, back to my shop to actually do it. I had to learn how people read, and why. This was different, and it was difficult, and it still is. So much to learn, so little time. Luckily,  I recorded it all.

Yesterday, I drove through Littlehampton. Roadworks. Everyone was driving slowly. There was a road worker leaning on a car. He was covered in dust. He looked exhausted. My car was just idling there, waiting for the signal to keep going, and I looked at the worker. The sunlight, the dust, the heat and everything still. He was leaning on the car, a helmet on the ground, hands in his pockets, one foot on the helmet, and his head to one side, even and still, and thinking.

Near him, a sign that says, “Atlantic salmon $26.50 kg”. An old lady was leaning forward, trying to read it. Another lady was nearby, searching her handbag for something. The lady called something to her friend and pointed at the sign. But the friend wouldn’t look at the sign.

Then a girl with a sign waved all the cars on. She was young, standing back, and looking for each driver to wave us on. She stooped down, trying to see into each car from across the road, shading her eyes from the sun. Finds the driver, smiles. Waves us forward, concerned for us. Every single car, every single driver.

Certain people have been visiting my shop for a long time. Nothing will stop them now. In my final days I have had to keep the door locked, and we all stare at each other through the glass. This morning, an old lady came by with her daughter. They were both young once. Now they are themselves. The mother loomed up to the door, looking for me. Her daughter said, ‘She’s not there, mum’. Her mother said, ‘She is. She’s right there.’

And I am there. I come to the door, and we all stare. On the mother’s face, joy blooms.

I call through the glass, ‘Hello”.

They both nod. But I know they don’t. (Their gift to me).

The daughter pulls her mother back.

The mother, who is kind, is also powerful. Wealthy in the new ancient currency. Kindness.

She looms up to the glass, simple, worried, looking for me.

‘Catch you in better times’, she shouts.

Written for the both of you who will never know what your visit meant to me.

This morning there are two magpies. They cast their sounds out and up, haul them back and throw them again. Then they stop, and other birds take over. Then they all stop; someone is hammering in a shed nearby. The hammering stops. The birds begin again at once, lashing the morning with too much news. My cat is on the step and I am packing books to take to the shop. My cat is crouched down with eyes like hairpins, hating the bird noise.

The magpies drop a couple of final calls, stripes of sound that float and rise, split quietly and bow, ironic, over the rest of the screamers, who sit with beaks open and feathers dazed.

The birds are quiet. My cat sits up, and I go to work.

Andrew has a journal with every book he wants written in a neat list. The other morning he showed me the next list – about 60 books.…. can I please find them…?

But now he has added John Steinbeck, Franz Kafka, Sigmund Freud, and Solzhenitsyn, and he almost shouts. ‘There’s so much. So much. It’s so great. Where’s my glasses?’

He turns around in circles as he speaks, checking the other shelves, forgetting about his glasses.

He says, ‘My God, that’s Brubeck you’re playing. Good for the mind.’

His glasses are in his hand. He puts them on and stacks up his books to carry out.

I caution him. He tends to read as he walks.

Outside, some young men are walking past, leaning forward into the wind, moving fast. One of them is yelling to the other:

Andrew, eyes on Kafka, moves gently in front of them. They look up, surprised, and part abruptly to let him through. They resume. 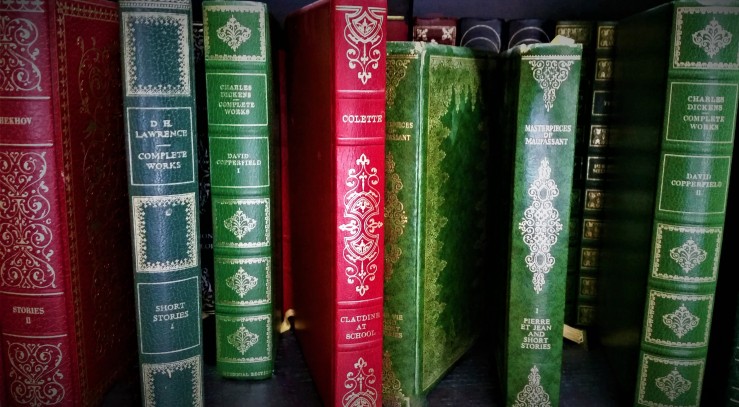 This young girl wanted a book for her friend. The friend is an exchange student and unable to go home right now. So a group of students are buying her books, for consolation. The exchange student, who can’t go home, reads and reads.

The young girl had a list of books, written in pencil and folded neatly. She showed me the list. It is mostly the classics.  I read, “William Wordsworth”.

I saw him this morning when I was setting up the shop for the day. He is someone I know by his voice. And his dog. There used to be a group of dog lovers here. They met at the bakery and talked all morning. He would laugh. His laugh bounced out and over the road, and all the dogs would swing their heads around sharply to look at him, and then turn back to watch the traffic with their eyes half closed again.

I heard him over the road this morning, still with his beautiful dog. He said, ‘How you going?’, to the people sitting on the grass, waiting for buses. His voice is the same. He still says the same things, simple and strong, and happy. I heard people answer him, nodding, saying things back to him, and he laughed that same way, leaning back and lobbing it straight upwards into the pine trees, making the cockatoos rustle and look down.

The people on the grass are all grinning, looking up at him. One man says, ‘Yeah mate, I reckon that too.’

Then the bus comes and I can’t see them anymore. I have to go inside where all the books and stories about people are, and record another story about another person.

While I am at the window, watching the foot traffic, putting the science fiction back into order, I am thinking that I might go to the bakery. But I can’t. There’s a group of ladies at the door. They don’t come in. They are reading my sign aloud, please come in, and looking through the glass.

They don’t come in. There are about seven ladies. They move up and peer through the larger window; I am right there, but they don’t see me. The sunlight on the glass makes them screw up their eyes and look cross. They are cross. One lady says the books are second hand, another lady, Joan, says they are new. She makes a shrugging movement with her handbag.

‘At any rate, we’re not going in. It’ll be expensive.’

‘They’re not used, they’re new. We don’t have time. Get the timetable.’

Another lady produces a pamphlet folded in an efficient way. They all lean in, but only one lady reads it.

One lady comes up behind the troublemaker and says, we’re going on, Gwen.

Outside, the group hesitates, wavers, moves to one side, watches a child on a small bike ride past. They move on slowly. They have rallied, they look good. They have a list of things to do, a timetable, and time.