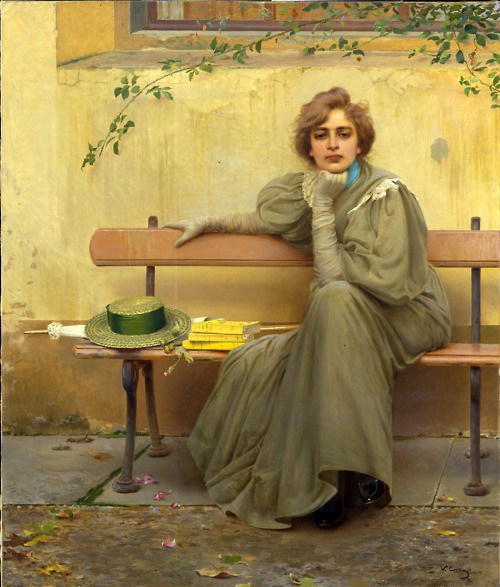 Many people who used to visit the shop are now gone, and I know that some of them are no longer alive. I am glad that I recorded these memories.

This is from my second year in the shop.

“Margaret told yesterday me that in her reading group anyone can choose the books. And these are the books she wants: Bel Canto, Gould’s Book of Fish, Tulip Fever, Birds Without Wings, The Commandant, and Still Alice (the one about Alzheimer’s), and also Mrs Jordan’s Profession by Claire Tomelin. And that should do for now!! She said that often the members of the reading group are not even reading the same book, hahaha.

I do not often see anyone as happy as Margaret is when she lists off the books she needs. Her husband looks on with approval; he carries all the books out for her, beaming over the top of the stack. Sometimes he finds one for himself, usually about the Second World War.

Margaret sends books to her children who live overseas and observes that they never seem to get the point of the stories she sends them, but she sends them anyway. Like I said, I do not often meet people as happy as Margaret. I would like to have her sureness.

“I would like to have your sureness. I am waiting for love, the core of a woman’s life….”

June came over the road to lend to me her copy of A Parrot in a Pepper Tree, the funniest thing she has read in ages. She said that Writers’ Week was divine, and she bought ‘that thing on Keating, the one by Kerry O’Brien, and I’m telling you it is an absolute tome! It’s a winter read, can’t wait till the winter, it’s just the thing, and I’ll lend you when I’m done! But before that I’m doing the Gillard.’

Robert told me that he is wanting to collect volumes of myths and legends, tales of all countries because he cannot complete his work without them. He said he knows what he must read, his work tells him, his heart tells him, it is his passion.

He asked for a copy of Marion Woodman’s The Owl Was a Baker’s Daughter. This is a Jungian study of the repressed feminine and also vital for his studies. He said that his own feminine light was put out when he was young.

“I would like to have your sureness. I am waiting for love, the core of a woman’s life.” Don’t wait for it,” I said. “Create a world, your world.”

A new customer told me that the books that had the biggest impact on his life were Jean Auel’s The Earth’s Children series. He felt that the author had devoted her entire life to the research and writing: an incredible achievement.  He said that he had a friend in France that once held up some road works there because he thought he recognised some ancient symbols etched into a cliff face they were excavating. This friend became hysterical and demanded that all work immediately stop and it did! He insisted that these might be runes of some kind, but, well, anyway they weren’t runes, they were marks made by the bucket on the road excavator. Everyone was mad with him.

“I would like to have your sureness. I am waiting for love, the core of a woman’s life.” Don’t wait for it,” I said. “Create a world, your world. Alone. Stand alone.”

To find some fragment of something that makes you so happy that you cannot stop talking about it, is a great thing. Any small fragment of something that is dear to you (for whatever reason) gives buoyancy. But the visitors here at my book shop, who tell me their stories of what they love, do not seem to realise how their happiness quietly radiates. How they make their own world, on their own terms.”

“I would like to have your sureness. I am waiting for love, the core of a woman’s life. Don’t wait for it,” I said. “Create a world, your world. Alone. Stand alone. And then love will come to you, then it comes to you.” Anais Nin

3 thoughts on ““I would like to have your sureness…””