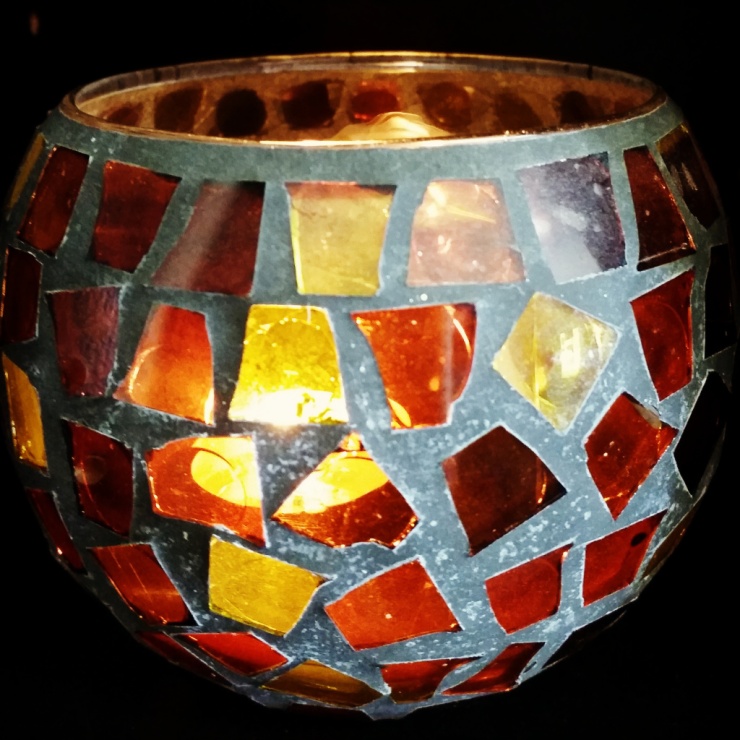 I wrote this in January 2017, on Australia Day. It was summer. Now it is winter, which always makes me think about summer.

“A child said to me that he likes my glass lantern because he likes small things like shapes. He said that when he looked into the glass he could see cars going past, and that the cars looked better in the lantern than they did going along the road as real cars. His mother told him there were Beast Quest books on the shelf, and he said, ‘Maybe’.

She said there were also some Star Wars, and he said, ‘Maybe’.

A lady was pleased to see a copy of The Elegance of the Hedgehog. She said it is on her to read list which has a thousand books on it already. She said the list is wearying. She did not see the lantern.

It is Australia Day. The family with the small boy who likes shapes are across the road; they have been to the bakery. The father is trying to interest the child in some food but he is standing with his nose pressed against the fir tree, he must be looking at more shapes. The father looks weary. The child drops the paper bag on the ground and looks down at the spilt food. He makes binoculars with his fists and looks down at the broken food. His knees are bent with concentration. The parents are having an argument.

Just outside the door of my shop a man has opened his esky on the pavement, and there is no ice. His wife asks him why he can’t even pack an esky properly. He raises both hands in the air and stands there motionless, but she has gotten back into the car. Then she locks all the doors.

I wonder if anyone else will come in for a book today. Then I remembered the small boy who likes shapes; he had chosen a book called Pharaoh’s Boat which had pyramids on the front. So I did sell a book today!”