Came in just before closing time. It’s cold. We’ve got autumn now. She is about nine. She has that child’s mouth where the teeth lead the entire face. She is picking up a set of Percy Jackson books, a huge stack, and she can’t stop grinning because they made it in time. She said, ‘We made it in time.’

Then she bellowed through the cold door, ‘DAD.’

I could see him through the glass, on the footpath and sorting through his wallet, finishing a smoke.

He came in, ‘Don’t get excited’, he said, wanting her to get excited.

‘Don’t put them in order because I already know how they go. This.’

She rearranged them slightly. ‘I’ve already read them. Dad, get them.’

He took out his wallet again and got them.

I offered a bag, but she would not part with them. They were in her arms. 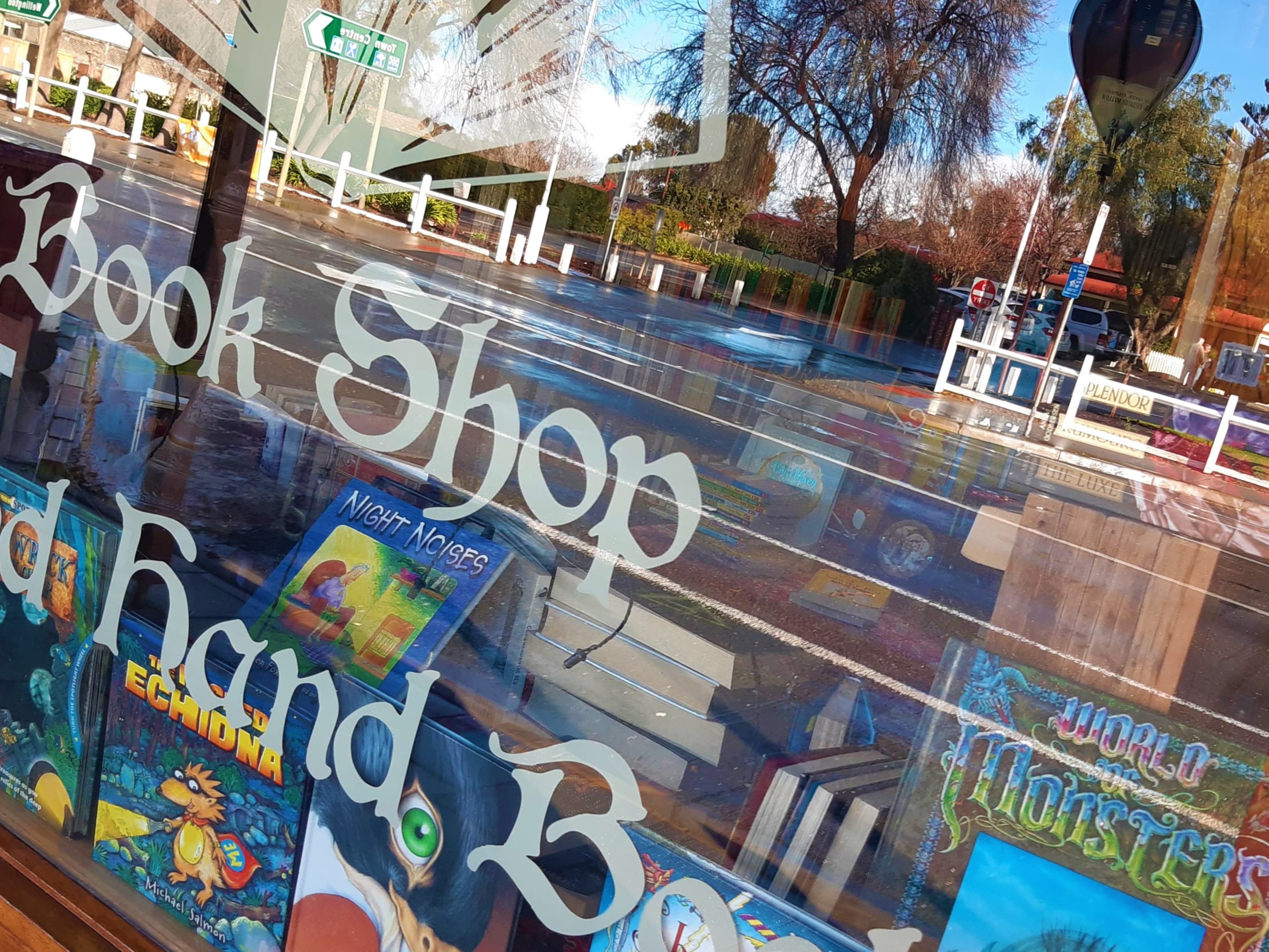 Three families came up from Adelaide and visited a book shop! There were so many kids staring at the shelves that had my shop been a boat, it would have tipped up and sunk at the Enid Blyton end. The mothers, commandos, moved supremely, directing, agreeing (about Roald Dahl), settling issues (pocket money), herding, narrowing eyes when necessary, agreeing to purchases, handing on a legacy.

The smallest child carried around a bear. She gazed at Dr Who, unhappily I thought.

A boy bought an Atlas of the World, and said, ‘Thanks, it’s really pretty here in a good way.’ I gave him a discount because he was a gem.

A man, unrelated, bought one book, sulkily I thought, and asked if I thought that these kids would actually read any of the books they had. I gave him no discount because he was a dickhead.

The children hummed and bobbed and jogged and said, ‘I’ve already read that, it’s about a cave.’

Their mothers looked at titles, heads to the side, lips pursed. They snapped books shut, and said, ‘Ok’. They were efficient. They didn’t need a bag. They commanded for someone to hold the door. They glided out into the cold, all the bobbins following, saying, ‘But you know how in Percy Jackson, his mum is called Sally…’