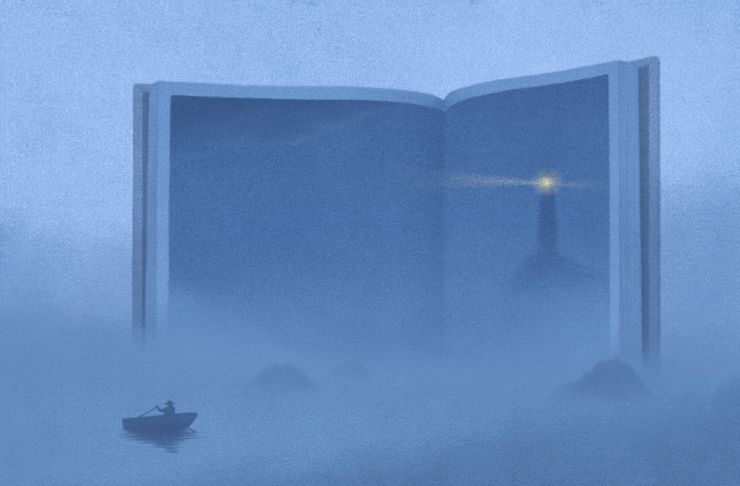 As I walked away from my old life, I wondered if it were true. What my uncle had said. That I was changed and could never lift my head again. So I tried. I lifted it.

An older lady came in with her husband. He was quiet and he sat looking through the children’s books for a long time. He sat on the cushions for the children and stared at the pages, often he was smiling. She told me that they both loved to read and he was from Latvia. And she described the books she was wanting to read now, they were mostly about the war. She told me that her husband had once been a member of the Latvian Army and had become a displaced person because of this. And that while he was a displaced person he was ordered to go to Siberia and then he would have been shot.

She continued on looking at some books for herself. Her husband, who was much older than her, was now reading Caribbean Tales: An Anthology.

Later, she came out of the back room to continue their story: but luckily he got to come to Australia. He got to come here to live instead of a prisoner of war camp because that’s what they were. But then his wife died. He came to Australia anyway and just ten years ago he married me you see and as I learn his story all I can think is that some people are luckily and some are not.

We went to Latvia two years ago and we went to the War Museum and they asked my husband for permission to record his story, they were passionate to record all of it because they said that much of their history is lost and my husband is a living resource, you see. What happened to him was not very nice. But he has never complained and he has never stopped reading.

I looked at her husband and he is bringing me a book: Australian Working Dog Stories and he says: I really like your Australian kelpies, they are wonderful, beautiful dogs.